As an homage to my favourite fantasy epic of all time, Robin Hobb’s five Realms of the Elderlings series, and in honour of Assassin’s Fate coming out, I wanted to cosplay some of the Fool’s many personas this year. Eventually I settled on 6 eras/incarnations from the books. Before I ever got started on those, though, I decided I also wanted to do Malta Vestrit, which quickly became one of my favourite cosplay achievements, so here’s the picspam on that first (if anyone would insist that she deserved a post of her own, it would be her, lol).

Some spoilers ahead if you’ve not read the books, obviously.

I chose the Rain Wilds Chronicles/Fitz & the Fool era as a basis for Malta’s look - so with dragon-induced Elderling changes, ie. crest and scales. I created the crest with latex and red paint - I think it’s meant to be taller in the books but having no idea what I was doing with the latex, I was very pleased with my mini-crest.

Before - crest and scales in progress: 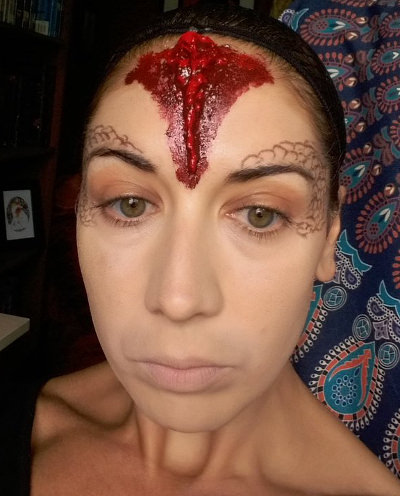 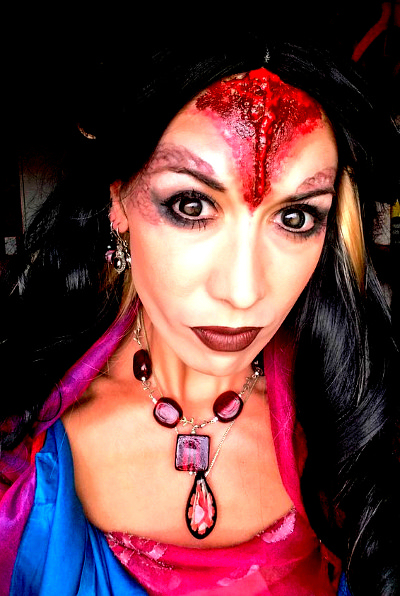 The black contacts really made this, I think - it was going well before then but once I popped those in, I was like, “whoa, Malta eyes!” It was neat. 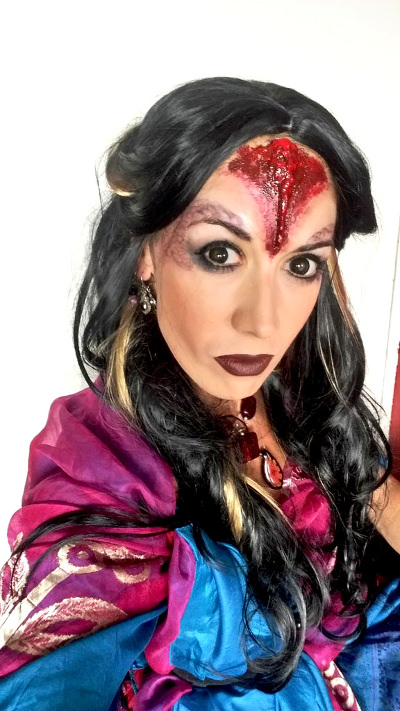 Canonically, she is supposed to have metallic-gold hair by this point, but I never did accept that visual fully; her original black hair was such a vivid feature. So I decided to keep the black hair and just add some golden streaks. #artisticlicence 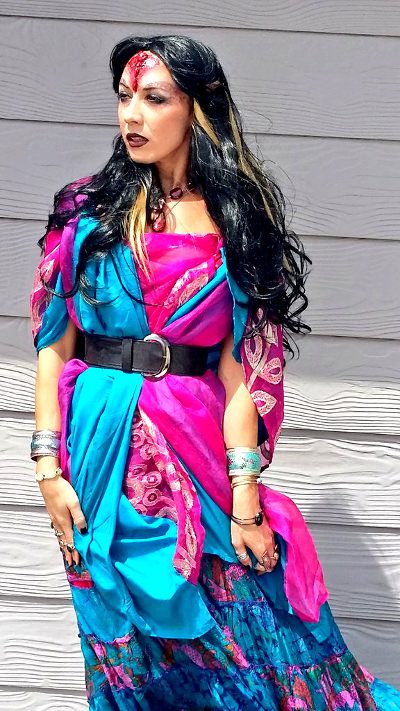 The dress was created of various skirts and scarves that happened to colour-match conveniently. The style/colours were inspired in part by all the descriptions of how lavish Elderling garments were, obviously, but also in part by the descriptions of the traditional belted Trader robes in Liveship Traders, where it was specifically mentioned that bold pink/magenta/red hues were definitely Malta’s colours. I added blue as a nod to Tintaglia’s claim on Malta. 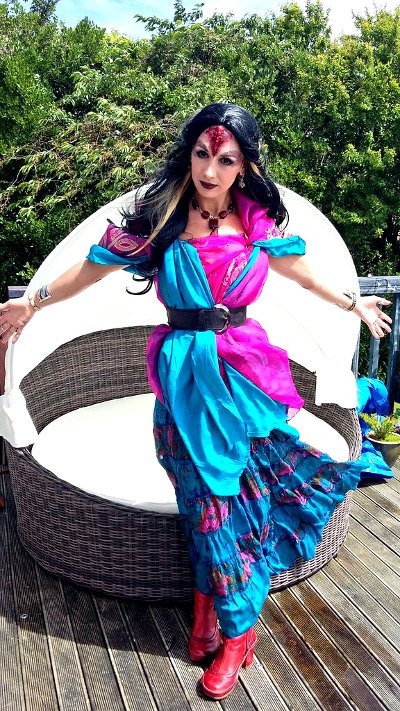 The boots are my favourite pair and are genuinely referred to as my “Elderling boots,” so they had to have a cameo. 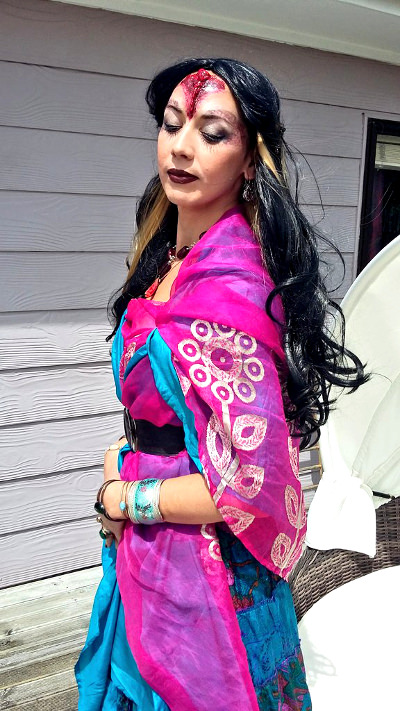 Obviously I had fun with this :D There was much in-character preening and posing. 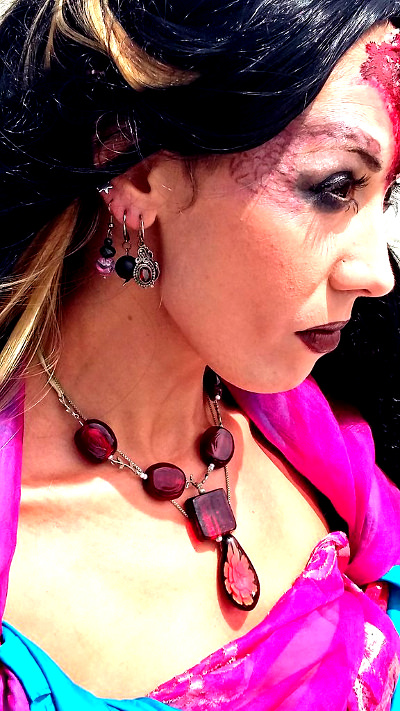 Necklace and earring details - again I picked reds and pinks to go with the rest. The matte black pearl earrings were made by

omarandjohnny (still my favourite pair of earrings, and I own about a hundred <3). The red bead necklace was made by

feruche and was just perfect for this. 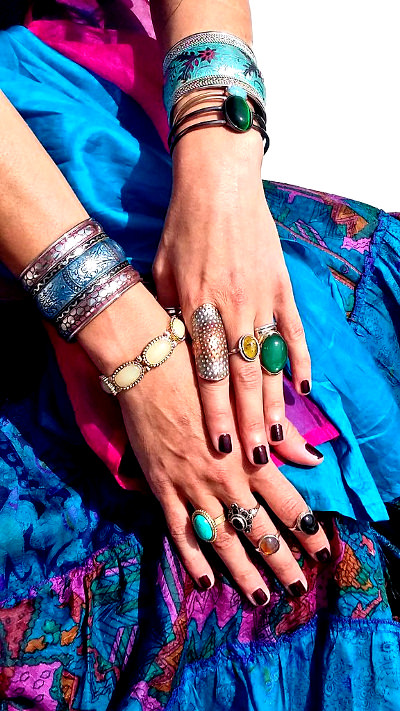 Ring and bracelet details. Subtlety is not an Elderling or a Malta trait.

That’s it for Malta. Fools coming up next!
Tags: cosplay